DQP (Depot Quartermaster Philadelphia) production for the Marine Corps through WW II. Starting in 1943, the most visible feature was made with the introduction of “dog ear” crossed flaps. Instead of the flaps connecting to fasteners on the same side of the cover, this style looked like folded arms, with each flap going to an LTD fastener on the opposite side (top photo). This style of cover had a front seam and the typical USMC high-mounted hook.

Photos from WW II and Korea show Marines equipped with the cross flap covers, but many Marines continued to be equipped with other variations, often in the same unit. In addition to other WW II production varieties and inventory from earlier production, canteen covers produced for the Marines included side-seam covers that were essentially the same as the Army used, but with USMC stencilled on the front instead of US.

Following the end of WW II, it became less common for the Marine Corps to have canteen covers manufactured with USMC markings. A contract in 1952 has been identified, but it is not known if there were USMC-specific marked covers produced after that date. Standardization across the U.S. armed services meant that basic equipment, including canteens, were shared as much as possible between the U.S. Army, U.S. Marine Corps and other services. With the introduction of the M1956 web gear, the USMC used the same canteen covers as the Army and other services. 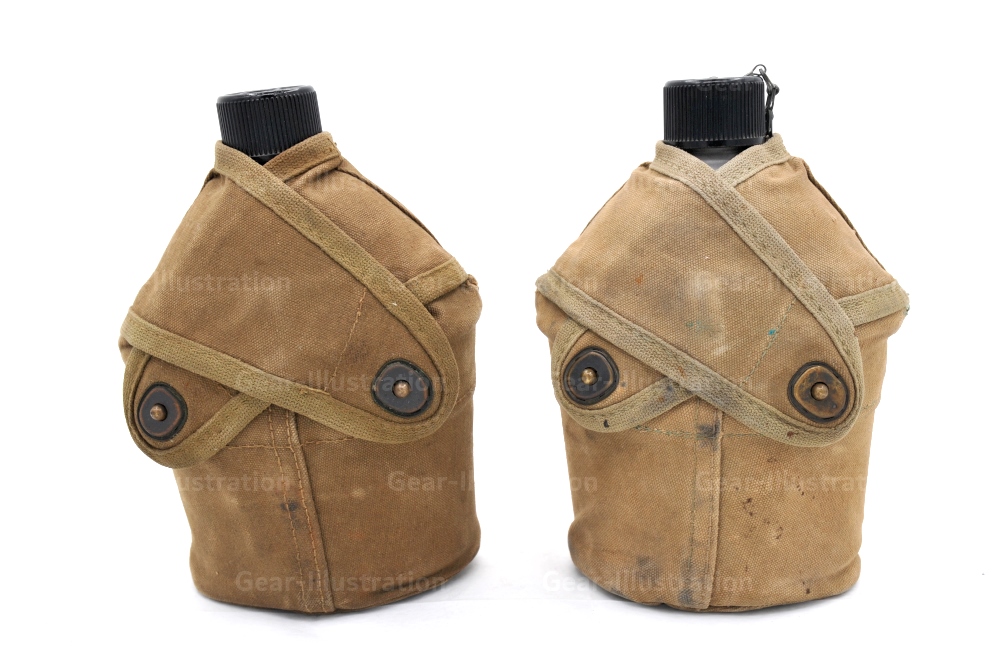 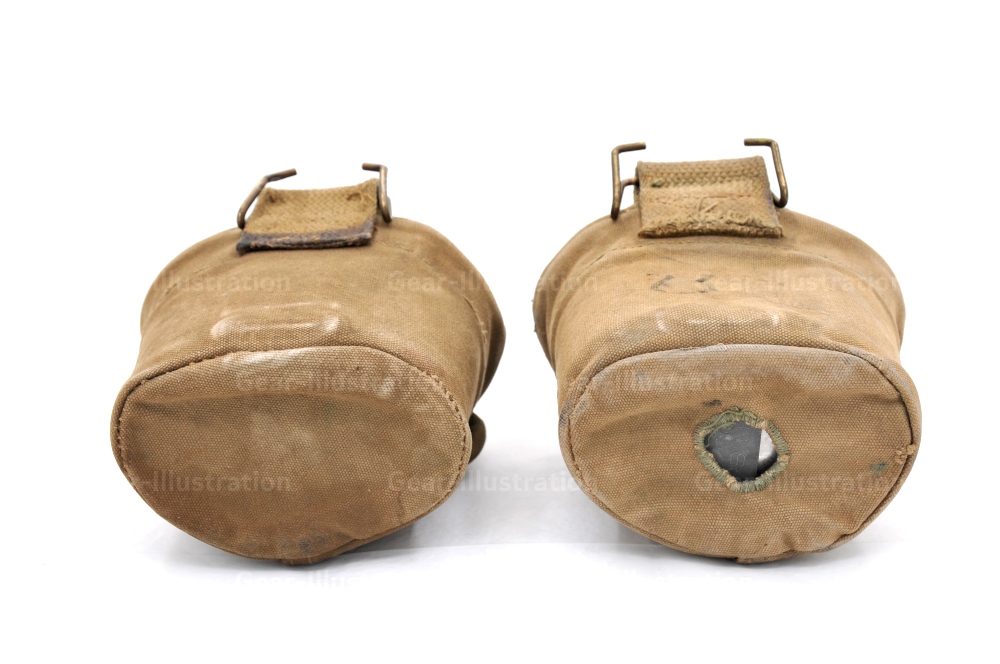