The size of the Mark IV is “U” which means “Universal.” This means that the mask can fit practically any size head. One of the most interesting features of the Mark IV is without a doubt the filter resting behind the head harness, following the footsteps of the oddly designed Navy (Old Mk. II) Head Canister gas mask, which was designed in World War I. 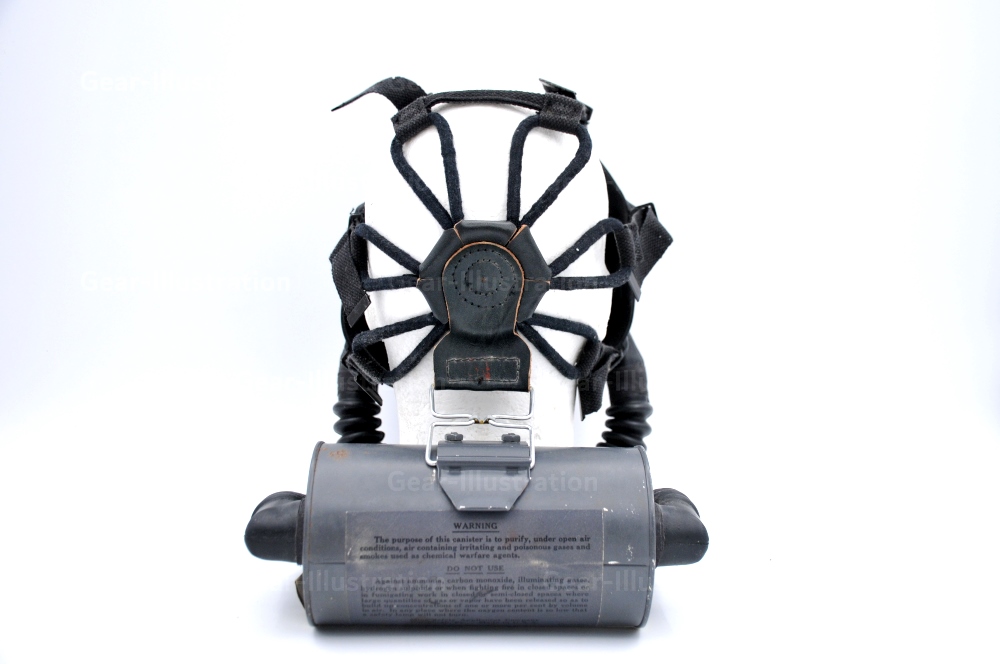 The mask’s facepiece is made of a thick and sturdy black rubber. Inside the facepiece does not feature an oral/nasal cup, but rather an “oral cone,” which was designed so that the user’s voice was more directed toward the voicemitter, providing clear voice projection.

The eye lens of the Mark IV are made of synthetic plastic, which is crimped onto the facepiece but a thick black semi-triangular eye lens ring. These lenses resemble the lenses used by the Army on some of their respirators made around the same time as the Mark IV. 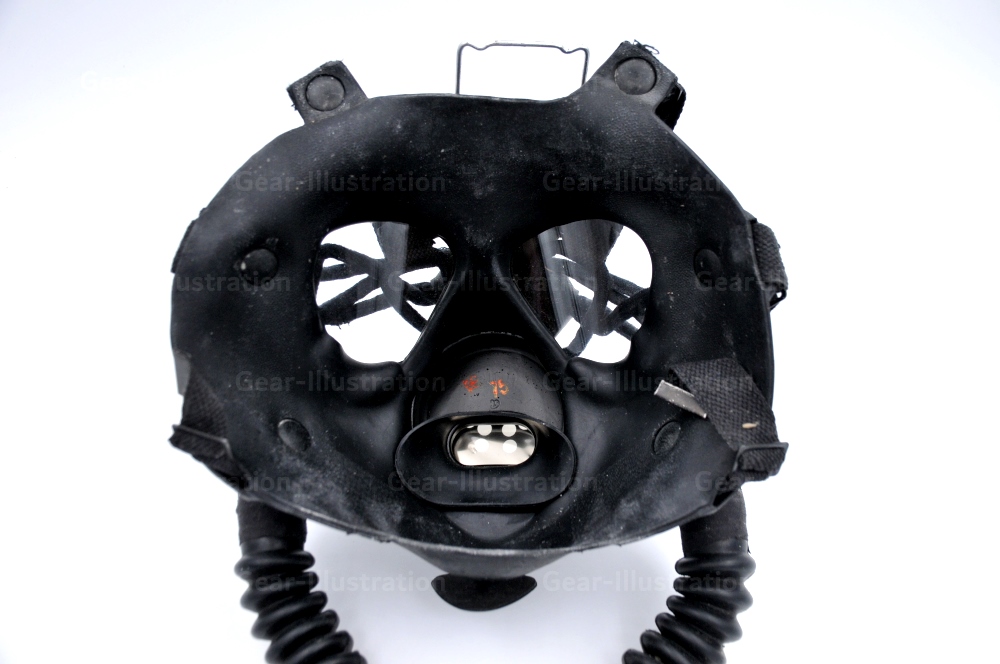 The voicemitter features a thick metal guard with three sets of holes that appear to make an arrow-like shape.

The exhale valve that is attached right under the voicemitter is a MVI “spearhead” type exhale valve. The valve is attached to a curved metal tube by wire and covered with military-grade tape. This certain type of exhale valve proved to be quite faulty, due to it being openly exposed. Often times, the exhale valves were missing on Mark I, Mark III and Mark IV masks alike. 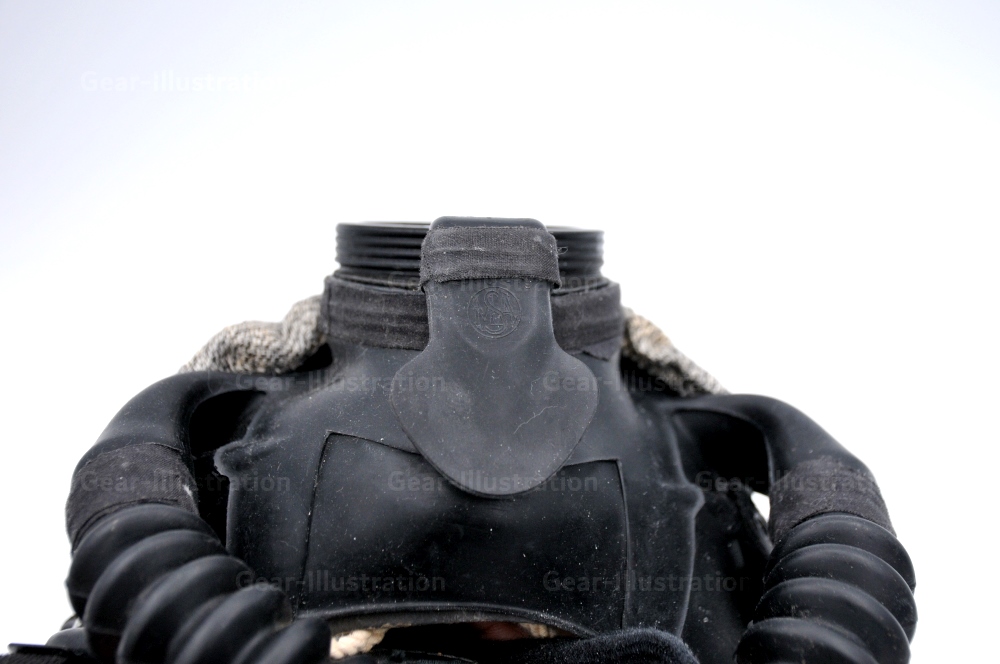 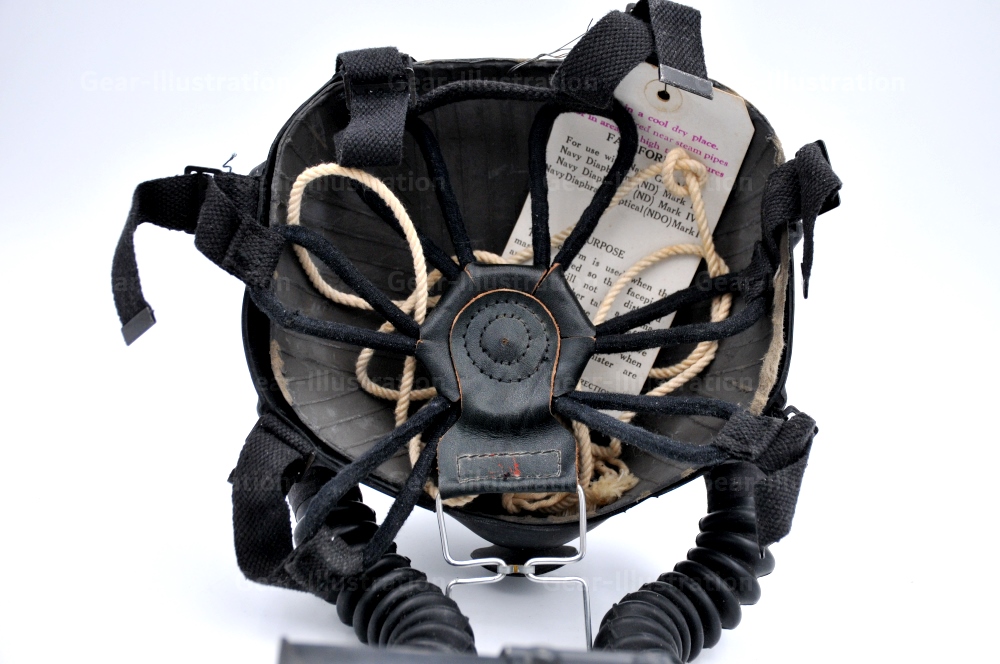 Connected to the pad of the head harness is six metallic spring loops, which can stretch easily, making the mask perfect for a Universal size. Attached to the metal loops are cloth straps, which are not elastic, but can be adjusted. 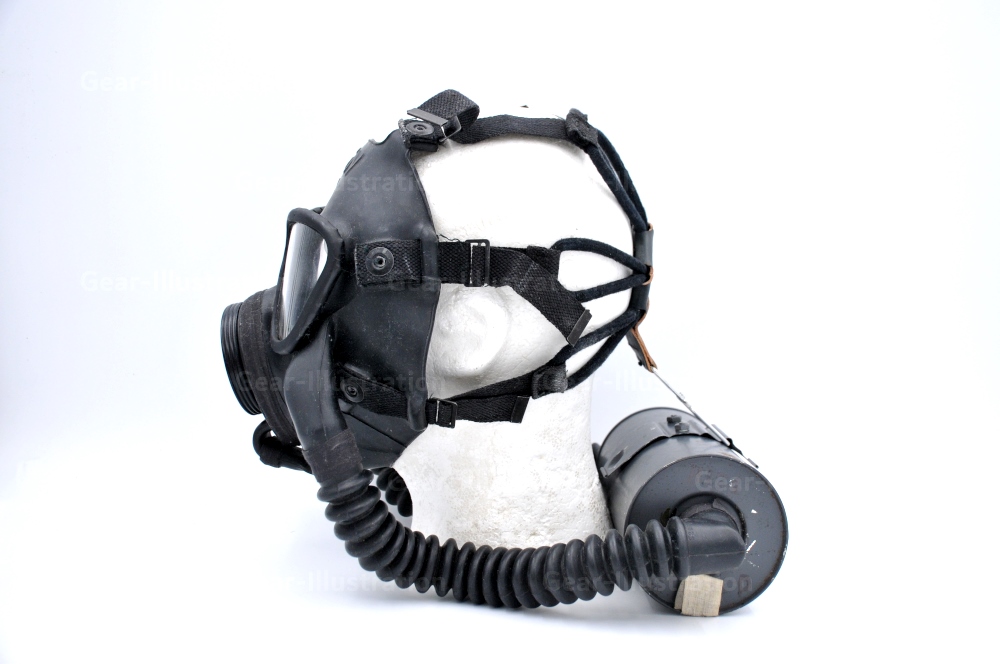 Attached to the pad is a metal clip which looks like two rectangles. This clip so that the filter can be propped up, and not hanging below the user’s neck. The Mark IV filter is a MIX type filter, which is attached to the two hoses that run from the front of the facepiece, right under the eye lenses, to the back of the head. This filter often times does not have the military-grade tapes applied over the inlet holes. The filter also featured instructions on use and care. The Mark IV’s haversack is made of a grey colored duck material, which also has a shoulder strap. The haversack also featured two security flaps. One flap going horizontally, and one going vertically. Inside of the haversack is a loop for the anti-fog proof paste canister.

Along with the faceform, there were also two semi-triangular cloths, which were meant to be kept on the eye lenses, to avoid damage, as the Navy was very strict on proper care of the Mark IV.