As Jungle Ranger rucksack officially released for selling, I received both positive comments and suggestions for improvement. After gathering the suggestions and materials at hand, I have some ideas.

Some of my customers complained about the absence of compress straps. In fact, compress strap comes with my initial idea. But considering the total volume wasn’t that large, I removed the straps. If you really need a pair, here is my solution: I modified four Marine Scalable Plate Carrier backpack connector straps for this purpose. The straps are designed to be fix between two PALS straps, performance perfectly as compress straps for small pack with PALS on the sides. The straps are long enough winding around the fully stuffed external cargo pockets. It is another initial idea, but this one survived. The bottom is compatible with standard A-III Pack Accessory Pouch (or “side cargo pack”). With two lashing straps, you can attach the pack to the bottom as additional 4 L detachable volume. 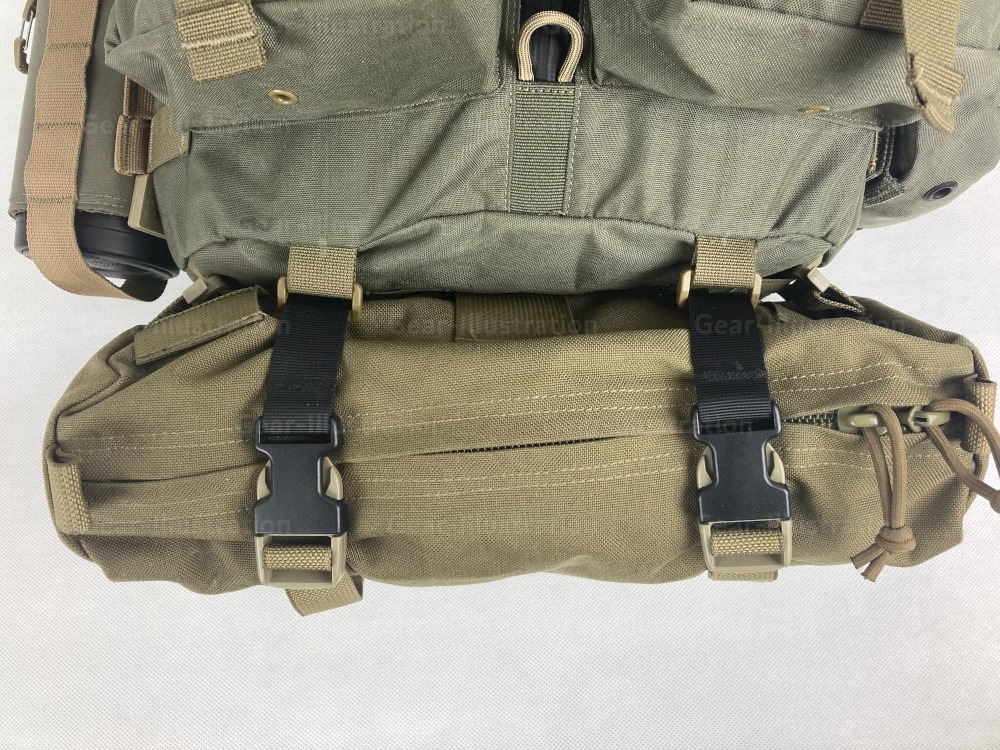 I like it very much. Think about it, you are in a trip that not longer than a week, the bottom pack is stuffed with your change of clothes and some other unimportant items, you can simply detach and leave it in hotel and carry just the backpack itself. 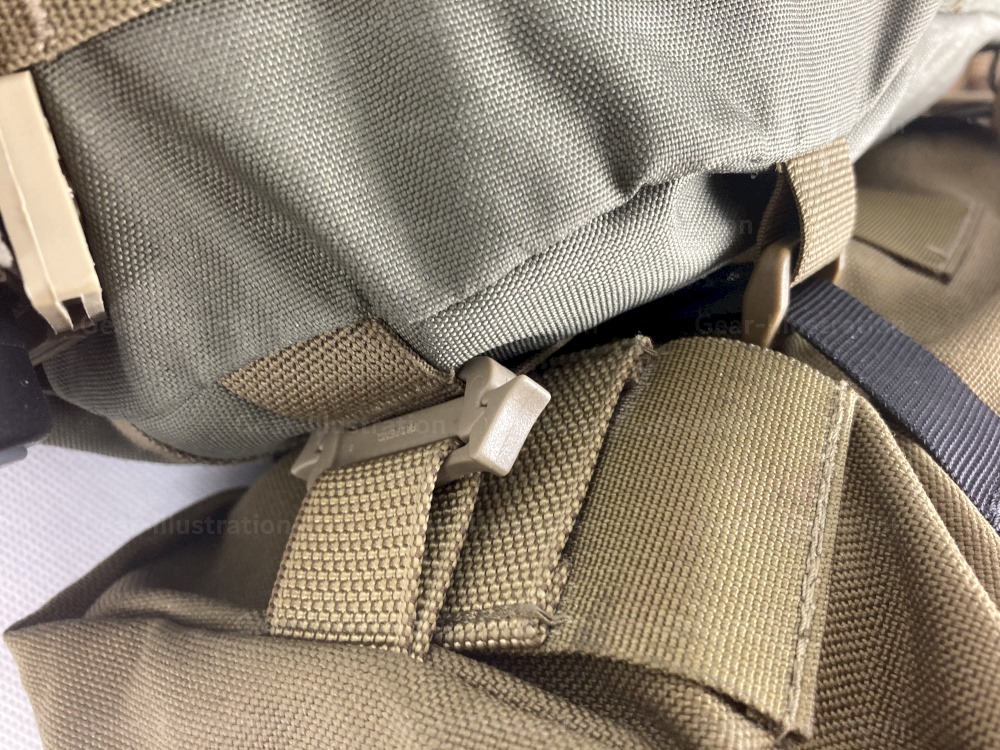 Well, I have to admit it, I didn’t see that coming.

The buckles on the flap are UTX-Duraflex Mojave Quick Attach HD MOLLE Web Mounted Buckle, I was tending to use ITW QASM at first (and the prototype packs did use that), but ITW buckles are hard to order, so I picked UTX-Duraflex as Plan B.

As the pack released, some of my friends complained about the buckles for its inconvenience, they said the buckles were hard to close up in some situation, and recommend me Fidlock® V-Buckle.

Well…despite the price, the V-Buckle does the work well. The only problem is the slot side has only one side for strap, if it can be attached to the strap on both sides like ITW QASM, that will be perfect.