The United States invasion of Grenada began at dawn on 25 October 1983. The invading force consisted of the Army’s rapid deployment force, Marines, Army Delta Force, Navy SEALs, and ancillary forces totaling 7,600 troops, together with Jamaican forces and troops of the Regional Security System (RSS). The force defeated Grenadian resistance after a low-altitude airborne assault by Rangers on Point Salines Airport at the south end of the island, the 82nd Airborne at Point Salines Airport, and a Marine helicopter and amphibious landing on the north end at Pearls Airport.

The individual equipment of the Rangers are quite different from other gound forces: olive drab uniform and patrol cap, simple ALICE gears, QRV, etc. Almost every Ranger has their strobe carrier attached on his suspenders since they inserted AO by airborne in the night. The Rangers have two uniforms: most of them wear Tropical Combat Uniform (TCU) in OG107, and others wear OG107 “RDF” uniform. 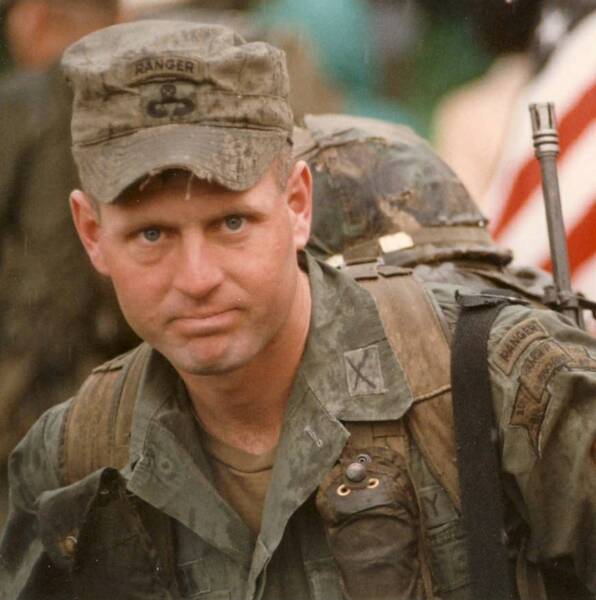 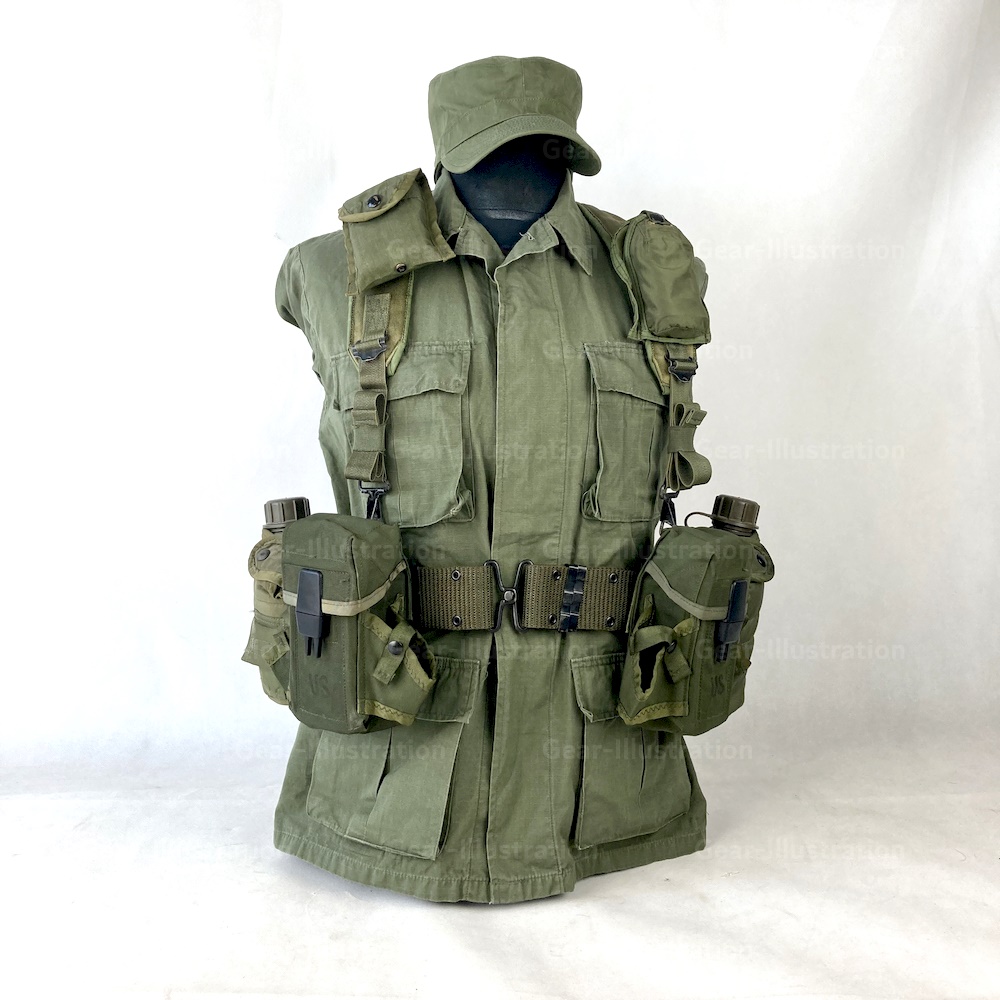 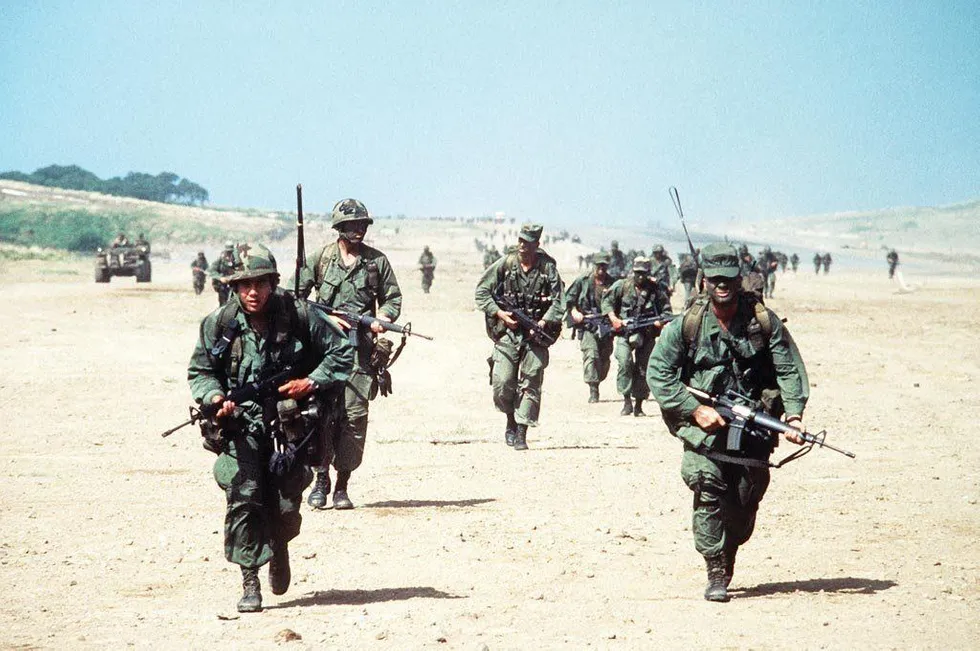 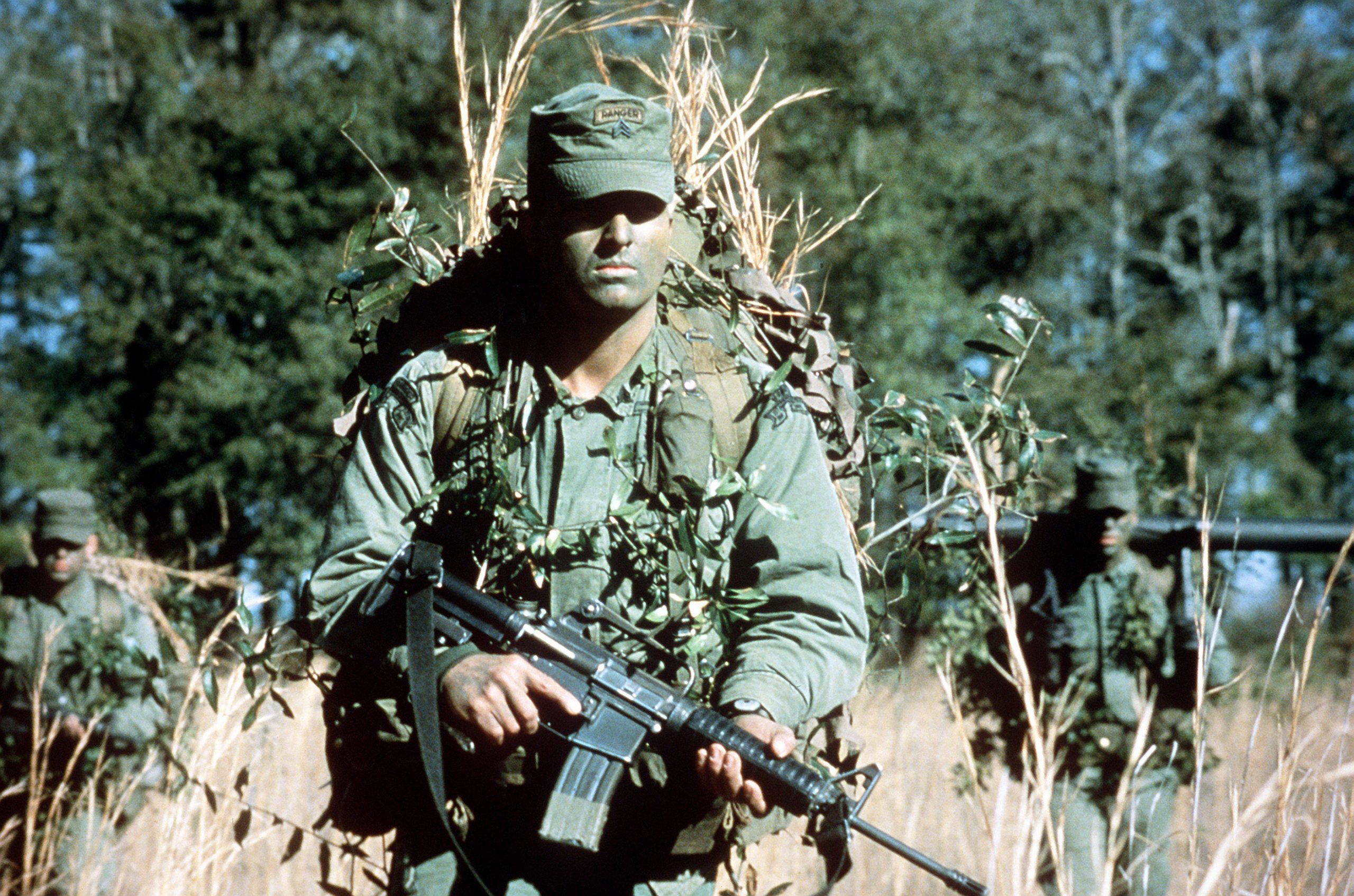