At this point, the Army was going to great lengths to protect troops from possible chemical warfare attack. In late 1942, most tops were modified with “gas flaps” on the chests and cuffs while trousers were fitted with overlapping flys in an effort to prevent blister agents from reaching soldiers’ skin. Garments modified or produced with these features had the term “Special” added to their name. The Specials appeared early in 1943, with contracts running concurrently with non-special garments.

Special HBT Jackets have a gas flap in the chest (which many soldiers promptly removed due it being incredibly annoying) and two buttons under the rear of the collar to enable the attachment of a hood.

Source: At The Front 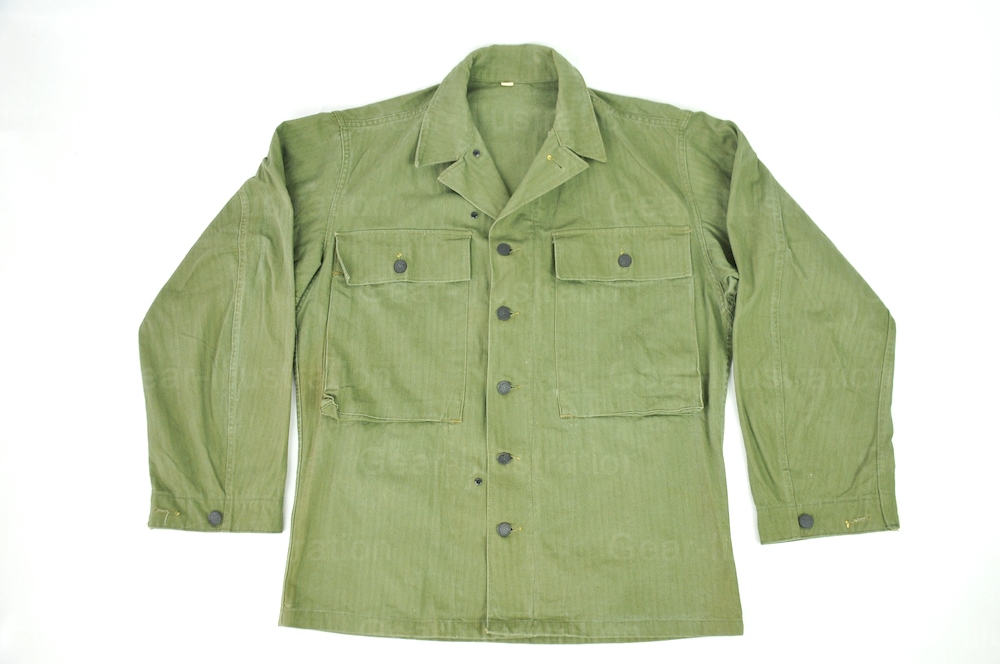