Large-sized ERDL bonnie hat comes in first. I believe most of Vietnam War militaria collectors have wondered why it’s so hard to find a large ERDL hat. As for me, I never see an ERDL hat larger than 7 1/8 size, but its FSN list shows that there are two larger size: 7⅜ and 7⅝.

Not only no one has ever sold them, but also no one showed off on the Internet, the large ERDL hat seems simply never existed. But the “RDF” camouflage hat which shares the same stock number with ERDL hat does has large size.

Then we come in the 1980s. The next strange cap is the OG107 patrol cap wore by the Army Rangers in the Operation Urgent in 1983. There is a theory that the patrol hats they wore were Navy A-2 cold weather caps (or the Army version in the same style). There is one big problem: A-2 is a cold weather cap, and it’s simply too warm for a Central America mission.

The “chocolate chip” camouflage takes a good part of our stereotypes about the “G.I.JOE” in the Operation Desert Storm. You know the six-color desert camouflage boonie hat isn’t a rare thing, but what about the Army patrol cap and Marine 8-point cap These caps do exist, you can even see them wore by the high brasses, but you may never find a cap more than a R&B or Propper copies in the market, where are these caps Or should I ask: what are these caps Some marine vets said that their chocolate chip camouflage covers were bought from PX, not issued. As for the Army side, officers like Schwarzkopf Jr might get caps from Saudi Arabia Army. 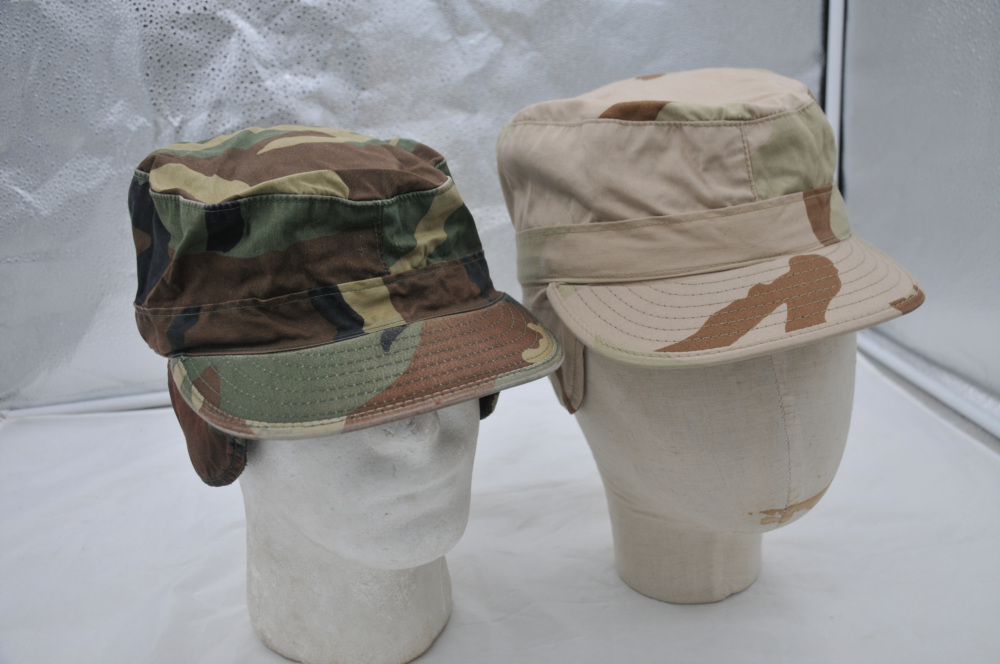