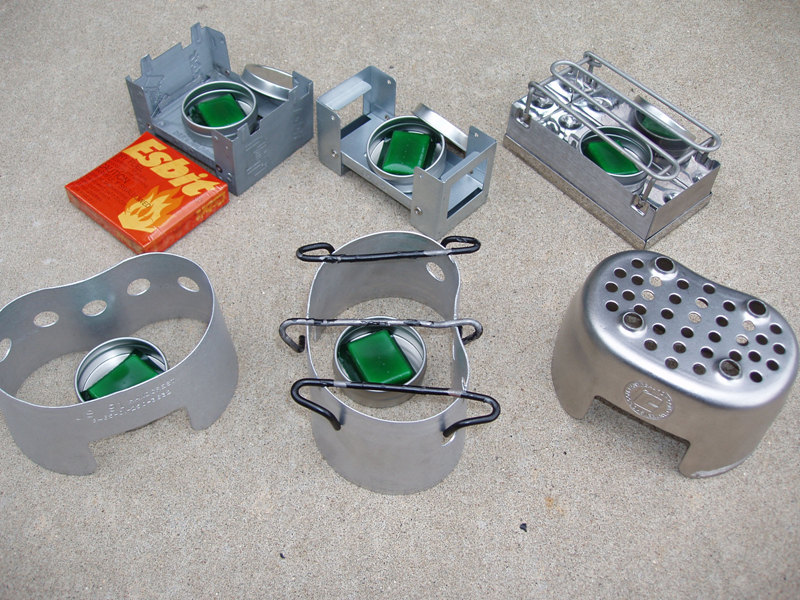 I actually do some research before I write these short articles. Not exhaustive by any means but hopefully enough to flesh out the subject beyond my personal recollections. So I have been learning or relearning a thing or two myself in the process. This time I discovered something I didn’t know about the USGI Stand, Canteen Cup commonly referred to as a Canteen Cup Stove. I first recall seeing them around 1989-90. Their appearance coincided with the Army / USMC wide fielding of the Load Bearing Vest (LBV) and associated gear. Much of that new kit was a direct result of experimentation associated with the Army’s then new “Light Divisions”.

I distinctly recall the canteen cup stand being referred to as the “Natick Stove” at the time. The clear implication was that it had been dreamed up by someone at Natick…recently. Imagine my surprise all these years later to discover that apparently is not true. The very same canteen cup stove was actually patented in 1941 and saw at least some limited use by troops in the ETO late in WW II. As far as I can tell, it was only produced for a short time in small numbers and the Army lost interest after the war. So it became one of countless items the military has evaluated but chose ultimately not to adopt. That is until the late 80s when the design was rediscovered and resurrected by someone at Natick to address a tangentially related problem.

MREs had been introduced in the early 80s in large part to help reduce the individual soldier’s load. Unfortunately, the worthy goal of fielding a lighter ration also created some other unintended consequences. MRE pouches could not be put directly into a fire or over a heat tab the way a C-Ration can had been. In order to heat the MREs a soldier was advised to essentially boil his MRE packet in a half canteen cup of water. And because of concerns about chemicals leaching out of the pouches, the heated water could then only be used for shaving and could not be consumed. Obviously that would have resulted in a lot of water routinely being wasted. Water the same individual soldier would have to carry; thereby negating the weight savings of the MREs in the first place.

This also meant that a soldier might potentially need to heat his canteen cup three times a day, every day, rather than just occasionally for a cup of coffee or hot chocolate. Reintroducing the stove was a sincere albeit imperfect attempt at providing a viable solution. Now in practice no soldier was likely to go to that much effort multiple times a day. So just like C Rations before them, most MREs were destined to be consumed cold. At least until the advent of water activated chemical heaters (soon to be replaced by new chemical heaters that do not require water to work). Still, the chemical heaters are definitely not well suited for boiling water or heating liquids in general. There is a clear pouch called a Hot Beverage Bag meant for that purpose which was introduced with MREs circa 2009. I personally found them to be rather awkward, far from user friendly and just not very practical. If anyone out there has used them and likes them better than a canteen type cup please let me know why.

Still, despite its questionable parentage, I’m convinced that the issue stove and the concept of a lightweight canteen cup stand / stove continues to have utility and merit. Obviously others agree because there are many stoves designs out there from simple heat tab holders to more advanced jetboils and whisperlites. The issue canteen cup stand is definitely on the minimalist end of that spectrum including in terms of cost. As a side note, there were actually two versions of USGI stands introduced in the late 80s. The example on the left in the picture is the most widely fielded. I have only seen pictures of the second version known as the Type II or USMC stove. Supposedly it saw limited issue during Desert Shield / Storm and then was withdrawn. Perhaps someone from the Corps can confirm or deny that story. It looked something like the third canteen cup stand in the picture above but did not have any grill hole on top.

The USGI stove is light yet reasonably durable. If you are carrying the USGI canteen cup (with or without the canteen) it takes up little space because it slips around the cup. But this design does have two functional problems. First, if you seat the canteen cup too deep into it the hot stove has a tendency to remain attached when you pick the cup up. That is obviously something that the user needs to be aware of but is more of an annoyance than a major issue. On the other hand, the fact that the stand as issued works only with the GI canteen cup and no other cups or cans is a more significant shortcoming. However these faults are not hard to correct. There are numerous videos on the web that demonstrate various hacks to improve this piece of gear. One simple solution I put together in about ten minutes required only a file to put notches in the stand and stiff wire as shown above.

The stand on the right is a civilian design that also addresses and solves both problems I just mentioned. No additional modifications needed. It provides a stable platform for just about any cup or can making it very versatile. It is slightly heavier than the issue version but probably will last longer even if hard used. And it still nests neatly with the USGI canteen cup. All in all the better choice in my opinion and it is now my default stove. Keep in mind that I’m not selling anything nor am I affiliated with anyone who is selling something. But I might as well give the answer before someone decides to ask. I got this canteen stand some time ago from a place called BestGlide. They specialize in survival type gear. But the stand is actually produced by CanteenShop.com and is built in Ohio. Still, it may be too bulky or heavy or simply more stove than you need all the time.

I have therefore displayed some examples of smaller heat tab type stoves including the Esbit folding stove which German soldiers have used since before WW II. Germany actually having invented the first heat tabs in 1932. The middle stove is one that the Italians include in their modern daily ration packs. It can be used multiple times and comes with three tabs but isn’t designed for longer term use. Finally there is a folding stove that I have been told is in some US Air Force bailout kits. It is slightly larger and heavier than the Esbit but does provide a more stable platform than the smaller stoves. I first carried an Esbit when I was stationed in Germany in the mid-70s but they were not widely available in the US until many years later. Esbits are a good choice if you need something small and light but still effective.

Unless you are using a stove with some kind of liquid fuel like alcohol or white gas then you will need to choose some form of heat tab or newer gel fuel. There are many brands out there but they are not all created equal. Some burn hotter or longer than others. Some vent more hazardous fumes. And keep in mind that anything that produces a flame will consume oxygen rapidly in a confined space. Therefore, all of these heating methods are best done in a well ventilated area. While not a necessity, I personally prefer using a small container with lid to actually hold the tab. That prolongs the life of the stove and also allows me to utilize the lid to smother the flame and preserve the remaining tab for later use. As with all gear, it behooves you to practice and rehearse using whatever system you decide to carry in order to confirm the combination meets your needs. Preferably well before you really need it.