The M-1928 haversack was directly evolved from the M-1910 haversack which differed in only a few details. These packs were carried by American infantry (and other arms and services) from before World War I through World War II. Shown set circa 1943.

Although widely used, the M1928 pack was very impractical in the field and consequently unpopular with the troops.

The M-1928 haversack straps had snap hooks for attaching to the pistol belt M-1936 or cartridge belt M-1923. Eyelets on the side of the pack are provided to attach the Springfield bayonet or Garand bayonet. A canvas tab with eyelets at the top of the pack is for attaching the cover for the M-1910 intrenching tool cover.

The Pouch, Meat Can, M-1928 (canvas mess kit pouch) had four loops on the back that passed through buttonholes on the flap of the haversack, held in place with long straps underneath. It had three internal pockets for knife, fork, and spoon.

The Carrier, Pack, M-1928 was a triangular attachment to the haversack (called the “diaper”) designed for additional gear such as shelter half or blanket. The top flap was usually stamped “US” and the manufacturer and date were stamped on the surface against the back.

Early in World War II these packs were mostly seen in khaki color, but were later manufactured in the olive drab shades of late-war equipment. Even in the last days of the Second World War, many American units continued to be equipped with this pack and the M-1910 basic style of equipment that went with it.

Even though it was the most widely used pack, the Haversack (M-1910 or M-1928) was very impractical and unpopular. To assemble and put one on was a complex process and not easy to do in the field with many steps, straps and ways to go wrong. The haversack and pack carrier had to be assembled using a coupling strap threaded through button holes. Then the suspender hooks are attached to the pistol or cartridge belt. Then the shelter half, blanket, poles and pegs are rolled up in a specified way with clothing inside the folds. Rations and toilet articles are packed into the haversack which is folded over and strapped after which the shelter roll is buckled into the pack carrier with three binding straps then closed with more straps. Provisions were made for an overcoat and raincoat to be added to the pack when needed. Other equipment such as bayonet, intrenching tool, and helmet had specified attachment points. 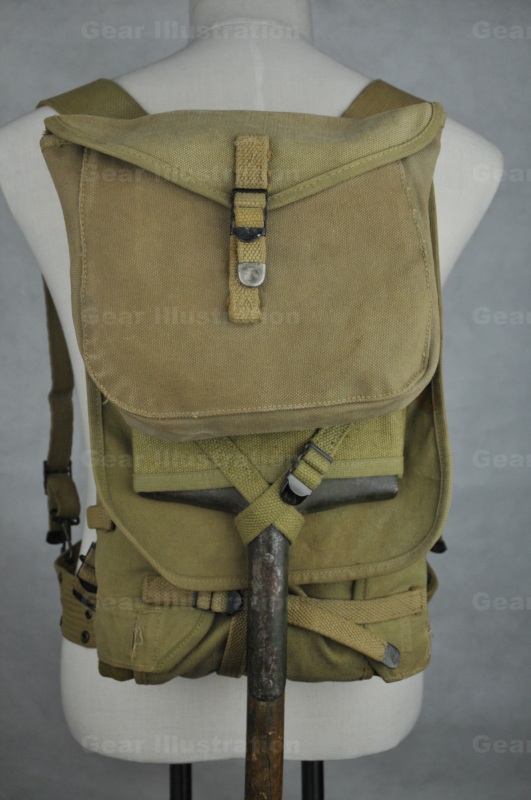 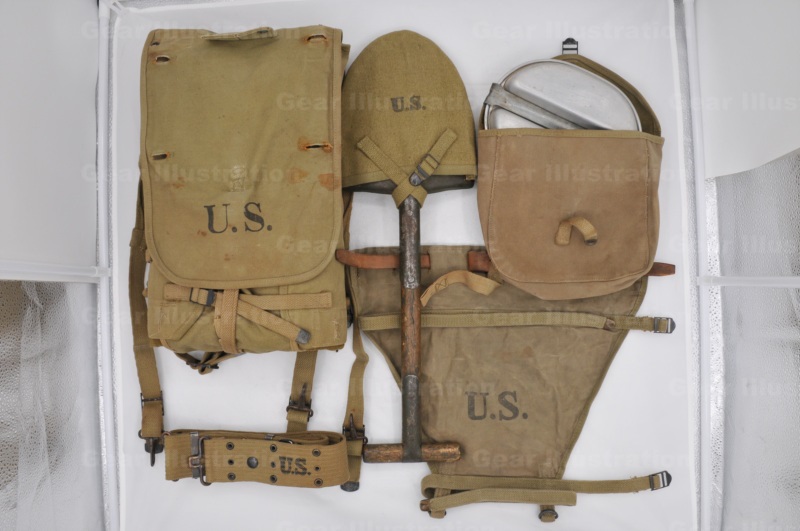 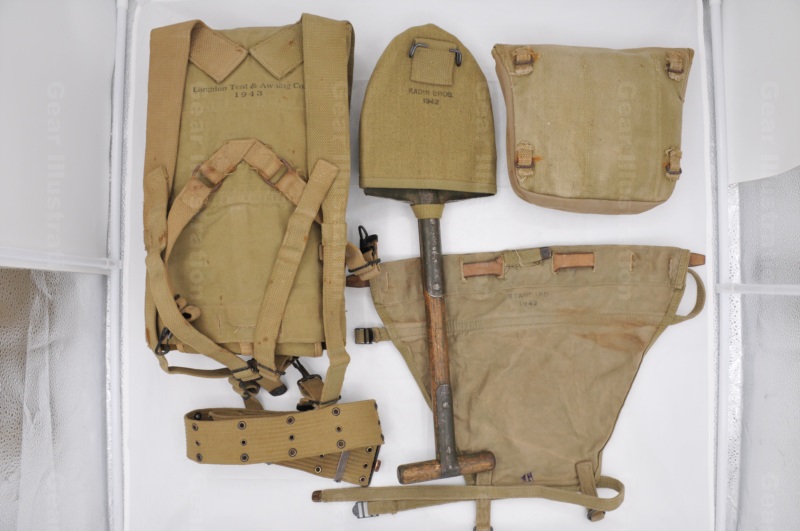