Canteen Cup Stove was made of one strip of metal, tapered from bottom to top, with a kidney cross-sectional shape matched to the canteen cup. It was open at the top and bottom with a square opening on one side at the bottom (wider end), and several round vent holes in the side. The same basic design, with minor variations in production, was produced until the 1990s.

The metal canteen cup slips securely into the top of the stove, placing the bottom of the cup into the chamber of the stove where the flame from the fuel can work directly on the cup with little loss. 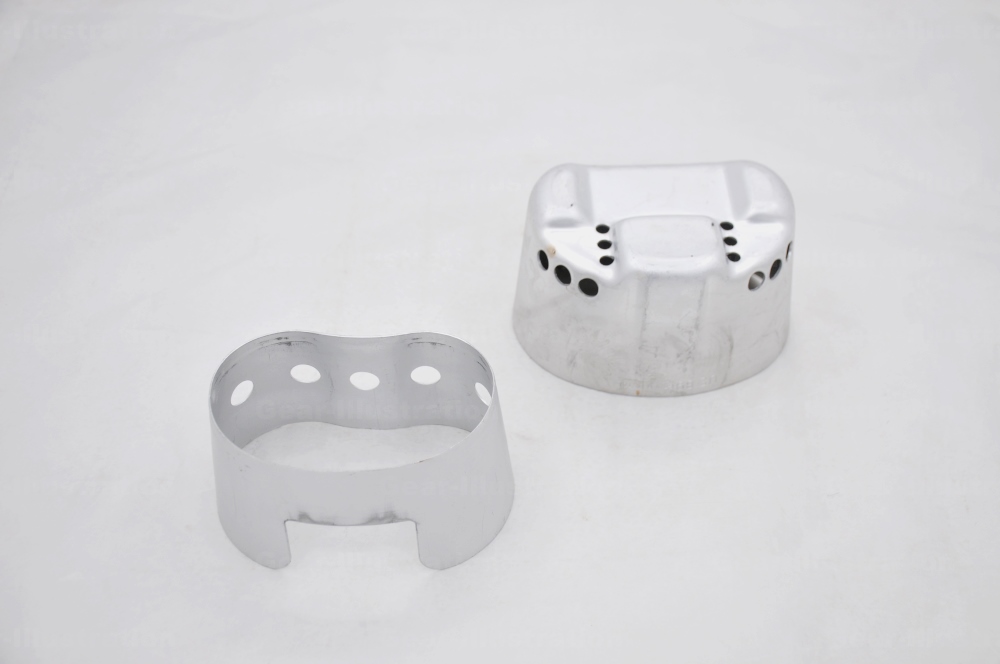