In 1909, the U.S. Army Infantry Equipment Board introduced a completely new set of field equipment. The changes included a new one quart (946cc) canteen, made of aluminum, to be issued with a nesting cup and canvas duck cover. This basic design became standard and remained, with evolving components and materials, the standard for the rest of the 20th Century.

In 1909, the Infantry Board ordered prototypes of a new design canteen and nesting cup:

These canteens were sent out for field trial. In 1910 the board decided to adopt the aluminum canteen; the first production canteens were made by AGM in sets with the nesting cups. Although the AGM design was considered superior, AGM held a patent for the process of manufacturing one-piece aluminum products (seamless, “spun” on a lathe) which made them an expensive and inflexible source.

By 1911 the Army was actively investigating methods of manufacturing canteens that would not require paying royalties to AGM for their patented spinning process. By 1912 Rock Island Arsenal had developed a satisfactory technique of welding aluminum canteens. Production was approved and in 1913 RIA began production of canteens from two halves that were welded together around the outer edge, easily distinguished by their vertical seams. The top was a tube with screw threads for the cap, swaged onto the neck of the canteen body.

Even after RIA production began, from 1913 to 1917, aluminum canteens continued to be produced by AGM with the original design, for National Guard and other markets, including a 1916 contract using the “spun” method.

The early canteens had a flattop aluminum cap, about 3/4-inch high that used a neck ring to attach the brass cap chain. In 1914 Rock Island developed an improved neck design that eliminated the neck ring and replaced it with a lug that secured the cap chain with a small pin. Several variations of the aluminum cap were produced, changing from a smooth, flat top (with knurled edge) to a domed cap with fluted vertical side ribs to make it easier to open. Other small variations in production canteens can be identified, throughout the history of the aluminum canteen.

During Word War I, the Quartermaster Corps took over responsibility for individual equipment including canteens. In 1918, the Quartermaster Corps contracted for canteens to be manufactured by five domestic companies. These canteens were manufactured using the specifications that Rock Island Arsenal had developed for the welded body with the 1914 cap and neck improvements. On these “WW I” M-1910 canteens, the aluminum was treated during the manufacturing process to reduce reflection. Records indicate the World War I manufacturers of M-1910 canteens include:

Prior to 1918, the aluminum canteens had no markings for the date or manufacturer. With the 1918 contracts and thereafter, that information was stamped on the rear concave area or bottom. Between ten and eleven million canteens were produced for U.S. forces in WW I. There was little or no canteen production after World War I until the early 1940s. 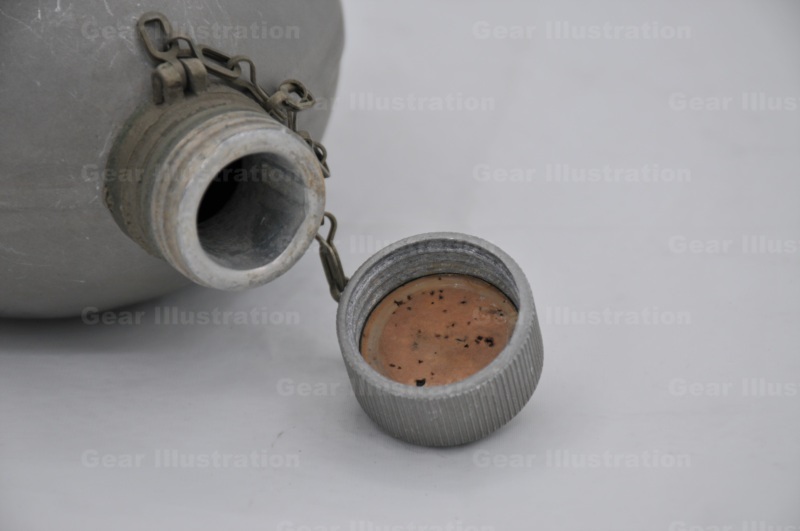 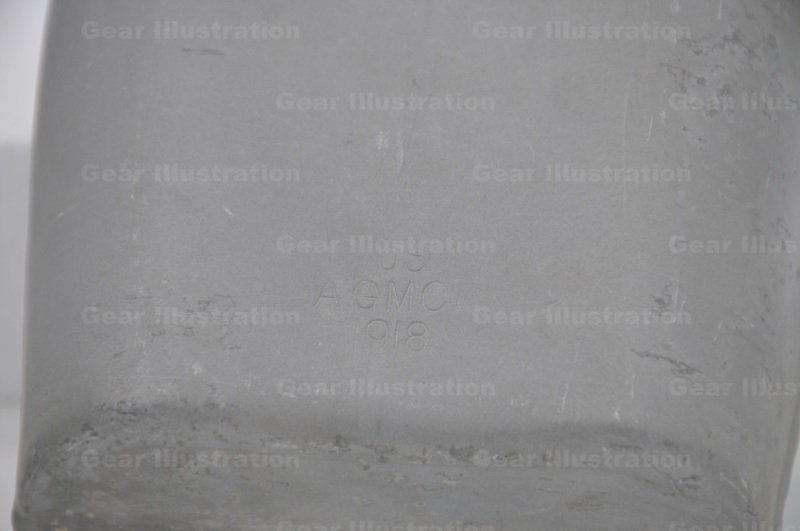