The M25 / M25A1 chemical-biological masks are special masks for crews of armored vehicles. These masks protect against chemical and biological attack in the form of vapor or aerosol agents when hooked to the vehicle filtered air system or when used alone.

The M25 Tank Gas Mask, approved for use in 1962 and fielded in 1963, is essentially identical to the M14A2 Tank Mask but with the addition of a new microphone system, the M116G used with the AN/VRC-12-series radios. Almost immediately, the M25A1 was adopted with minor changes and improvements including eye-lens outserts for arctic use and better fit. The M25A1 was produced until 1988 and remained in use into the 1990s, ultimately replaced by the M42 Combat Vehicle Gas Mask.

The M25 tank gas mask as issued consists of a wide view, clear plastic lens embedded in a butyl rubber face blank, an integral microphone with cord and coupler plug, eyelens outserts, heavy cotton duck carrying case, anti-fog kit, and an olive drab hose with mounted filter canister. As issued, the M25 Tank Gas Mask, carrier, and accessories are sealed together in a single foil package. Only the prong-type of optical insert fits M25A1 gas mask and the mask does not have a canteen drinking tube.

The M25 Tank Gas Mask and the M25A1 mask are visually almost identical. If both are available for comparison, the M25A1 will be seen to have a higher forehead tab. The Mask Chemical-Biological Tank ABC-M25 is almost identical to the Mask, Chemical-Biological Aircraft, ABC-M24 except for the microphone. Filter canisters for the M24 and M25 masks are interchangeable — both use the M10A1 CB canister (NSN 4240-00-127-7186).

When the M25 mask is used in a vehicle, the canister snout attaches to a filter unit, such as the M13A1 gas-particulate filter unit (GPFU). The GPFU forces filtered temperature- controlled air to the facepiece. This increases protection while reducing heat stress in hot weather. When wearing the M25 mask for stand-alone protection, the wearer inhales air through the M10A1 canister at the end of the hose.

The carrier bag allows the M25 mask to be slung over a shoulder or carried around the waist for rapid access in the case of NBC attack. The top flap is closed with three LTD fasteners or with a velcro strip. The carrier bag has an opening at the lower side for the snout of the canister to protrude outside the bag, so it can be quickly hooked to the vehicle GPFU without removing it. The carrier bag is stamped with “US” and “Mask, Protective, Tank M25A1” plus the size (S, M, L).

The ABC-M5 protective hood (NSN 4240-00-860-8987) was used with the M25A1 mask to provide additional protection to the head, the neck, and the shoulders. The hood was carried in an ICE Pack (Individual Chemical-protective Equipment Pack). 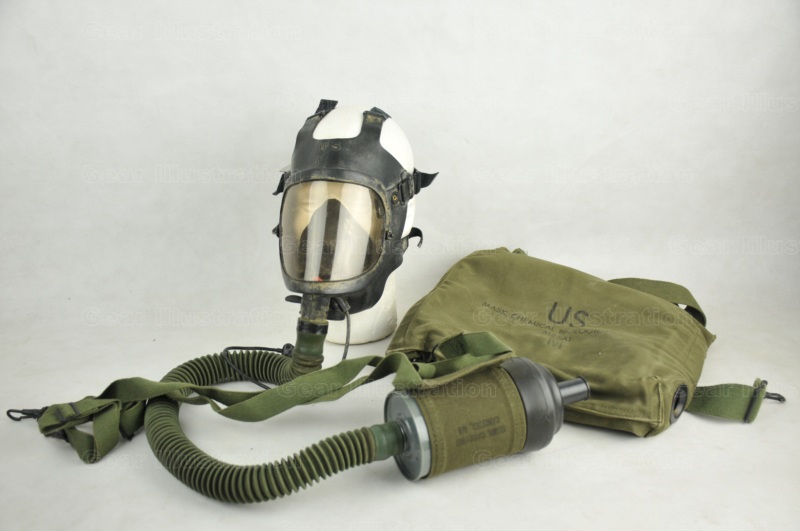 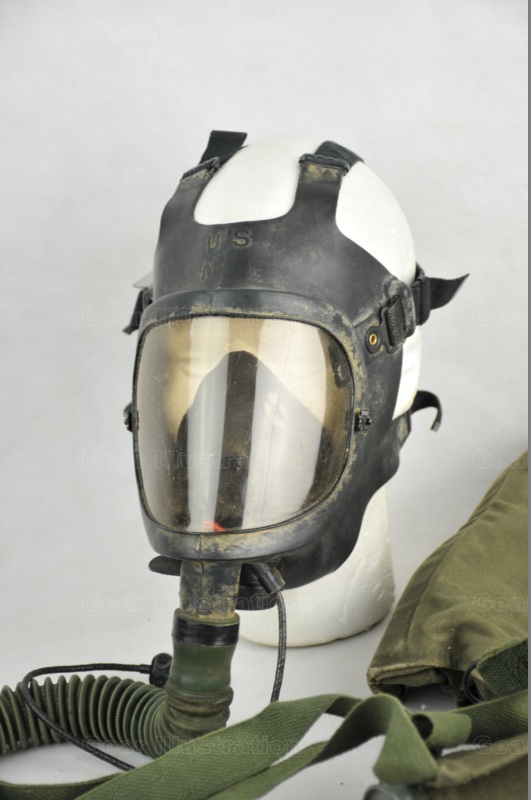 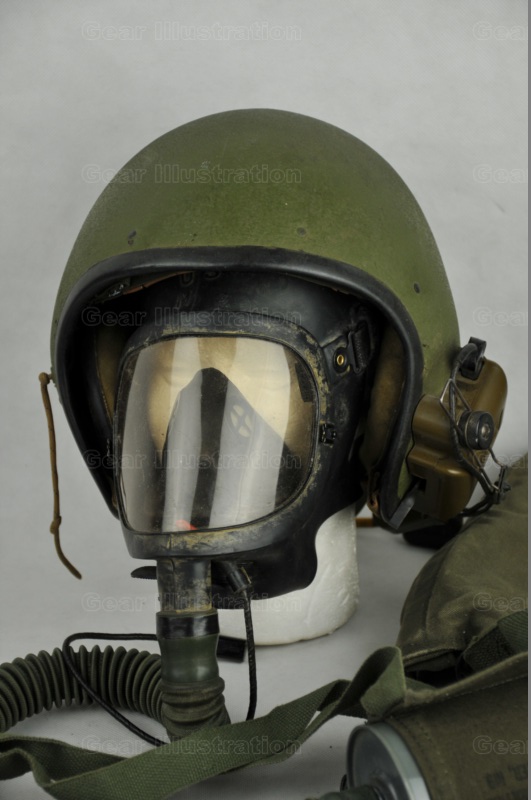