The need for body armor capable of defeating large caliber armor piercing rounds became a priority with the advent of “airmobile” combat as evidenced in Vietnam. Helicopter and recon aircraft crew members originally made due with body armor developed for ground forces, namely the Nylon M-1952 vest and the Nylon/Doron M-1955 vest. However, these vests were designed to stop fragments only and did a rather poor job of stopping high velocity and large caliber ammunition.

Armor capable of defeating armor piercing rounds became viable in 1962 with a new composite ceramic. The first armor for aircrewman was designed with small, flat plates of ballistic ceramic formed into the shape of a torso. This early armor was designed to rest on the pilots thighs or on a support attached to the seat between his legs. Still, this armor was not suitable for crew members whose jobs required them to move about the cabin (door gunners). This armor also had a lack of protection where the edges of the plates met.

Finally, a vest which could be comfortably worn by all crew members was designed. This vest is the “Armor, Small Arms-Fragmentation Protective”, “Body Armor, Aircrewman”, or, as known by macho pilots, and hereafter referred to as the “chicken plate”. This was a new design which used a monolithic ceramic (one piece) which was molded to match torso contours. The chicken plate was made in two versions; One with a front plate only for pilots and copilots, and a second version with front and back plates for crew members who did not sit in armored seats. The vests are capable of defeating 30 caliber armor piercing ammunition and are designed for use in aircraft without ejection seats.

The ceramic plates are faced with a layer of ballistic Nylon as a spall shield to reduce bullet fragments. The back of the plates are faced with a reinforced plastic. So, if you see one of these plates, you never actually see the ceramic. You only see the spall shield and the plastic. The chicken plate was made in 3 different ceramic compositions: 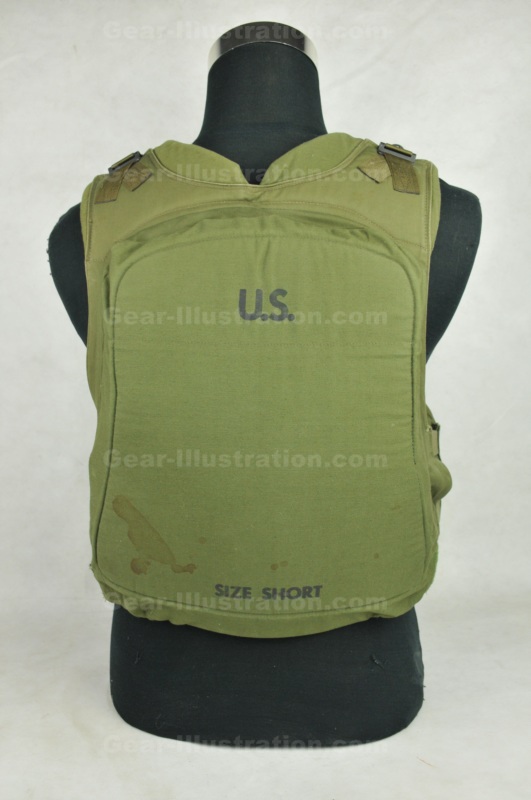 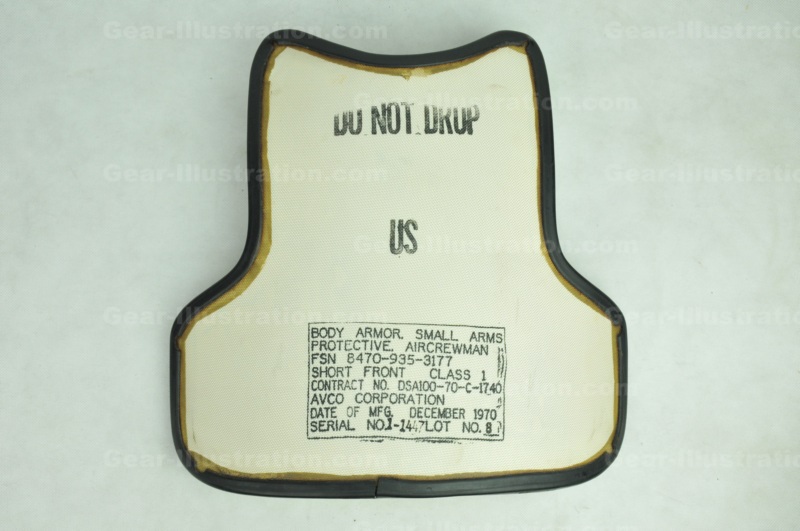