The Authorized Protective Eyewear List (APEL) is a list of protective eyewear tested and approved by the U.S. Military for use by its soldiers. It was created in 2006 because statistics showed that about 10% of battlefield injuries at that time included eye injuries. The APEL is updated periodically and there are usually more than a dozen types of non-prescription and prescription spectacles and goggles on the list for different duty situations and soldier preferences. In 2010, the APEL was placed under the oversight of the Military Combat Eyewear Protection (MCEP) program under the office of PEO Soldier. 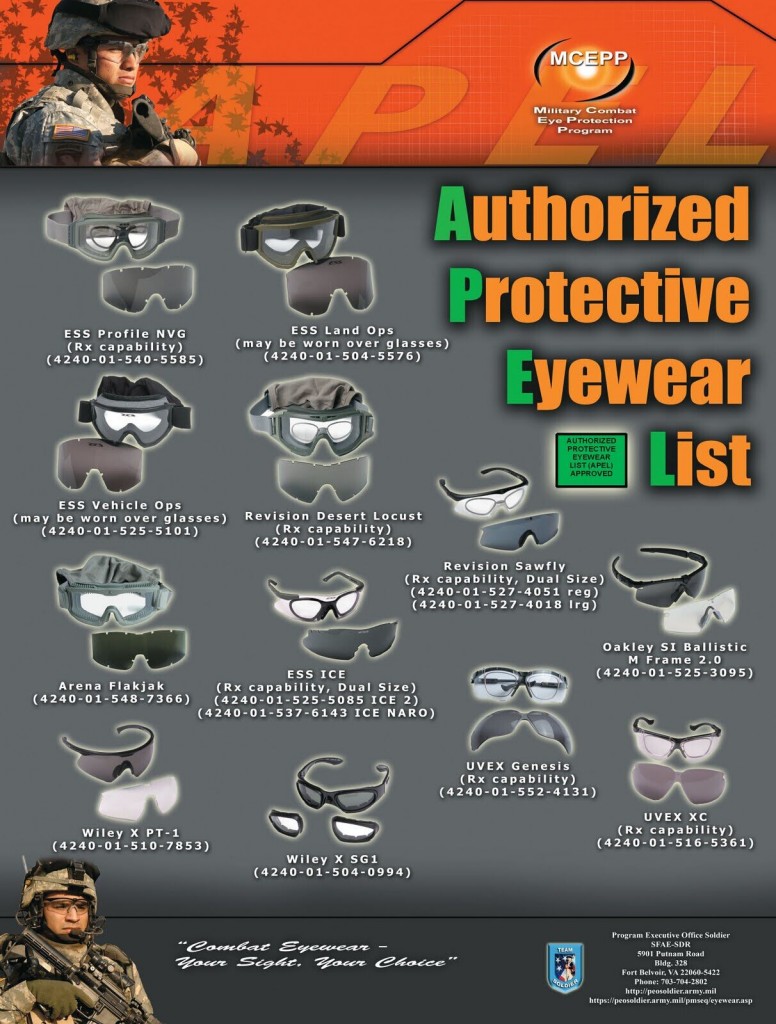 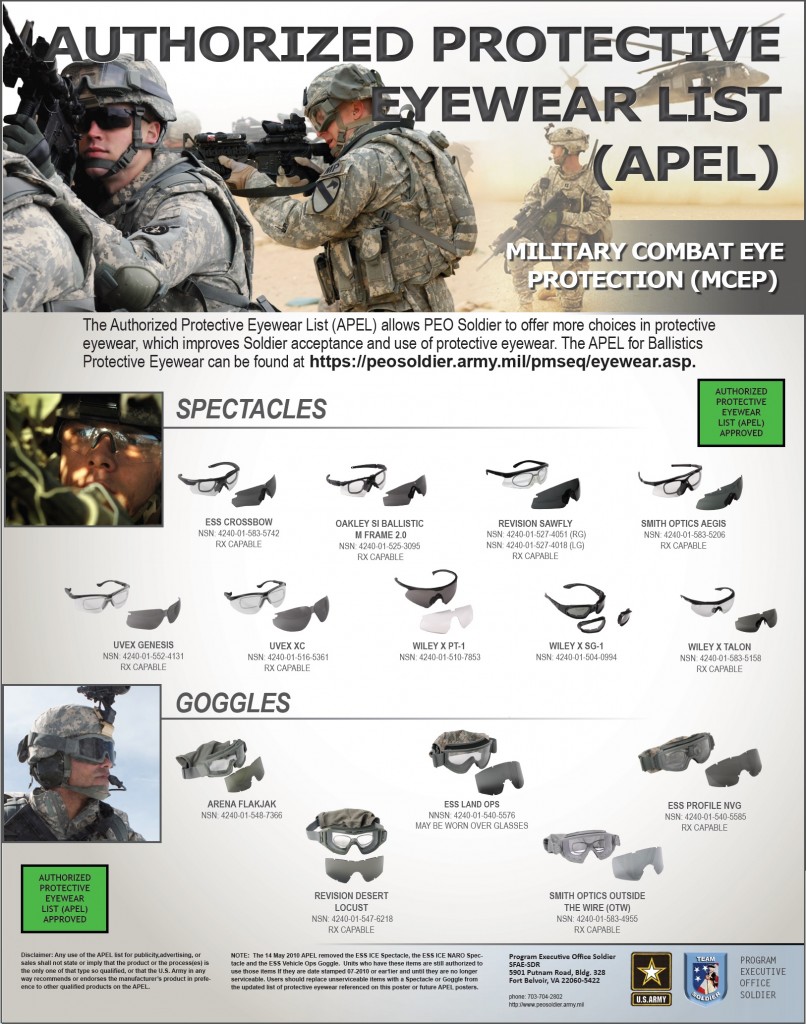 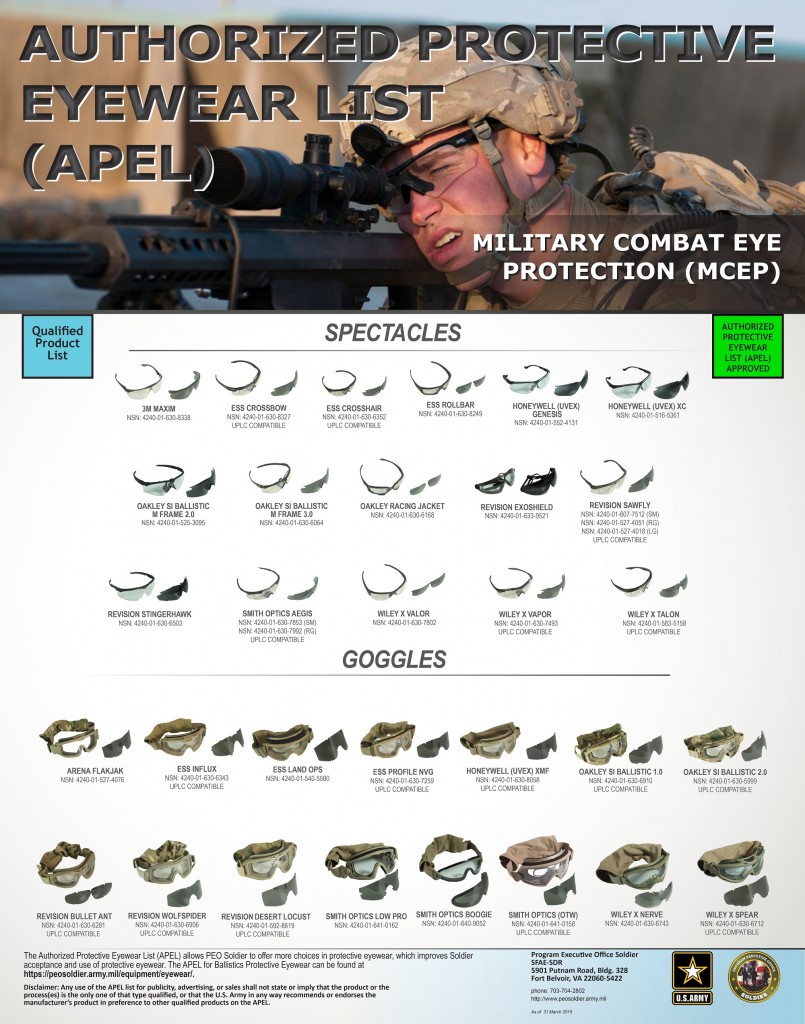